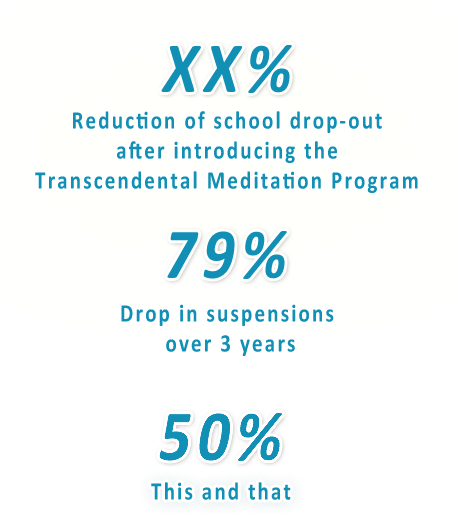 The cost of school failure for society 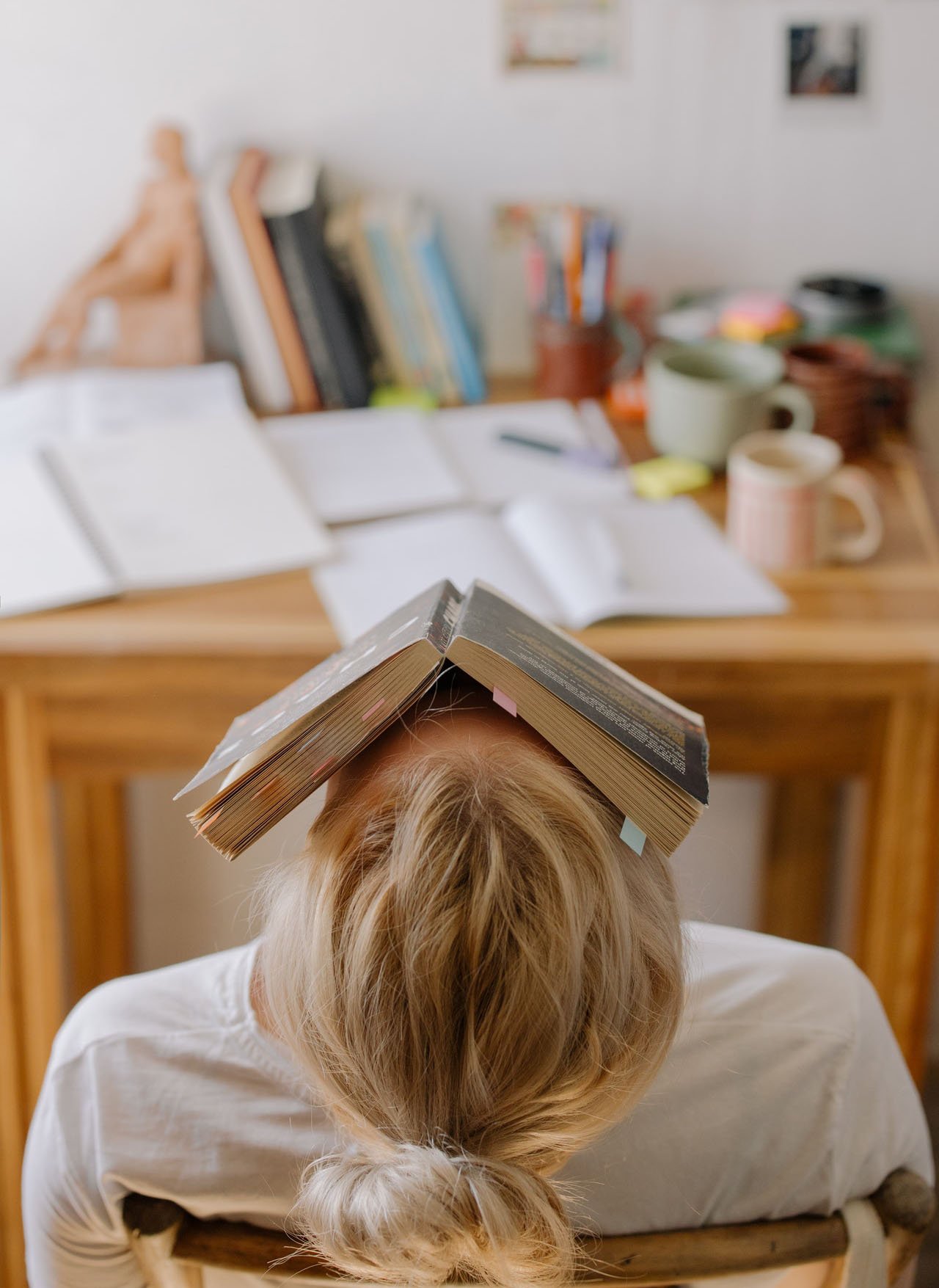 School failure may be interpreted in different ways, but the strictest one refers to Early School Leaving (ESL).

The failure to achieve a better education leads to many significant cost factors. These have been categorised into three broad groupings: private costs; social costs and fiscal costs.

Consequences of School Dropout for Individuals and Society

Note: ‘Higher’ or ‘lower’ in this table are defined relative to a control group situation of non-school failure; however, the latter is defined.  –  Source: Psacharopoulos (2007: 7).

Consequences of Burnout for Teachers, Schools and Society

― Finally, we cannot overlook the cost of the growing phenomenon of burnout among teachers (Elder et al., 2014). Teacher burnout is a chronic phenomenon that continues to be a primary cause of teacher exodus in the 21st century. Teaching is an emotionally draining and physically exhausting profession that causes many teachers to look for other occupations. Besides, teachers who fail to handle burnout effectively are likely to experience weak quality student interaction, counterproductive instruction, increased absenteeism, which eventually leads to teacher attrition (Runschlag, 2017).

Surveys show that one in four teachers misses ten or more school days per year (Maslach & Jackson, 1981). Schools have some of the highest rates of absenteeism in any workplace. Absenteeism is a direct cost to every employer (Sparks, 2016), and it is an even more critical problem in schools because when an employee is absent, a replacement or substitute has to be hired in their stead. Schools have to pay both the salary of the absent employee and the salary of the replacement. The cost of having a missing employee in schools is often double the cost of absenteeism experienced in other workplaces. The estimated cost of teacher attrition (The rate at which new teachers leave the profession) nationwide in the USA has been as high as $7.3 billion a year (Kain, 2011).

This problem with absenteeism – the most significant single cause of employees missing work – represents an excellent reason to have a school well-being programme.

Recent surveys show the various reasons why employees are absent from work (Schaufeli, 2017). The first cause is a personal illness, and it is followed by family needs, own needs, entitlement mentality, and stress, in that order. When we look at all of these reasons for absenteeism, we can immediately perceive which ones a well-being programme could directly impact (Cohen et al., 1983).

The strong adherence of teachers to QT/TM generated essential effects on their well-being. The consequences were that the absenteeism rate plummeted and a climate of constructive, calm, perceived, and perceptible well-being in the school was generated, something evident even to visitors coming from outside. Moreover, several teachers (see the videos on the website) have confirmed significant improvements. They experienced: (a) a different relationship with time; (b) a better ability to organise themselves; (c) the end of the harmful habit of bringing work (and problems) home; these are all elements that help to eradicate stress and that drive away from the likelihood of exhaustion and burnout.

results from a combination

Lifetime costs of Early School Leaving per person in Europe range from the region of EUR 100,000 – EUR 200,000 up to EUR 1.1 million. A European wide study into the cost of NEETs (people Not in Education, Employment, or Training) found that annual bill of the problem considering 21 European countries is approximately EUR 100 billion, corresponding to 1% of their aggregated GDP.

In the US, the estimated cost of teacher attrition nationwide (The rate at which new teachers leave the profession) has been as high as $7.3 billion a year (Kain, 2011).

Decreasing early school leaving is one of the current priorities of the European Union in the field of education and training.

Supporting teachers in their challenging profession and in their effort of dealing with the increasing diversity of the learning environment is crucial for the success of education, contributing to a reduction of students dropout

EU countries have committed to reducing the average share of early school leavers to less than 10% by 2020.

What is the contribution that the Transcendental Meditation Program

can provide to Governments around the world

and reducing the costs associated with that? 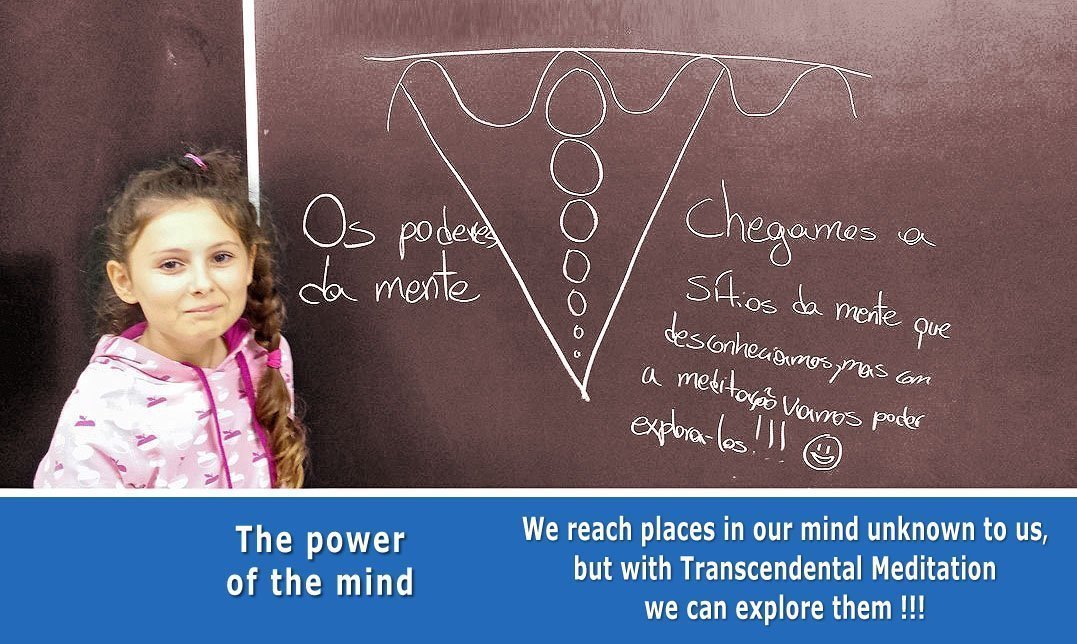 The costs of emerging problems, directly and indirectly, deriving from the loss of well-being in schools are numerous and come from different sources. Here we consider four leading causes of discontent that frequently cause low quality, while increasing costs and lowering of overall learning.

The major emerging problems are: (a) early school leaving; (b) the emergence of bullying and violence among students; (c) increasing health problems, both mental and physical, in the whole school population; (d) the scourge of burnout of teachers with high rates of absenteeism and low self-esteem.

What is the uniqueness of the Transcendental Meditation Program?

Transcendental Meditation addresses school failure and early school leaving by directly promoting the psycho-physiological conditions of all the students, including migrants, ethnic minorities, and those with disadvantaged backgrounds.

At the same time supports teachers, educators and leaders of educational institutions in dealing with the increasing diversity of the learning environment, being the role of the teacher key in helping learners fulfil their potential.

The success in addressing early school leaving of the Quiet Time/TM programme has been evidenced by empirical studies worldwide.

A key feature of the effectiveness of the TM technique is that it has been found to develop greater integration of brain functioning, supporting clarity of mind and physiological balance. Increased integration of brain functioning is found during the practice, as measured by mathematical ‘coherence’ of the electroencephalographic (EEG) activity recorded at different locations on the scalp, and higher levels of EEG coherence are associated with higher levels of creativity, learning ability, and moral reasoning. 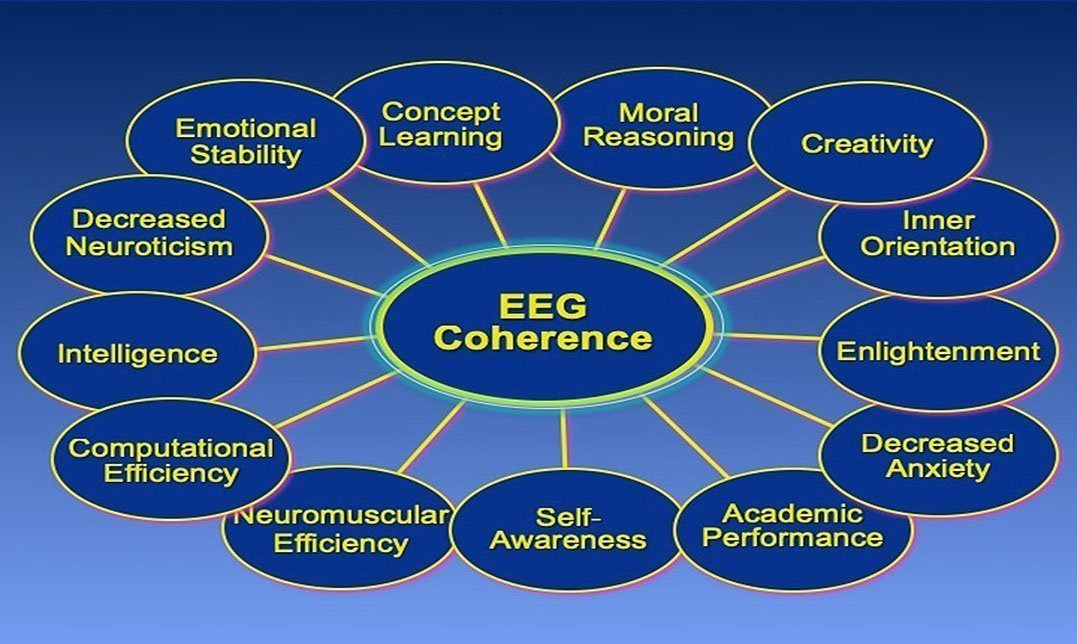 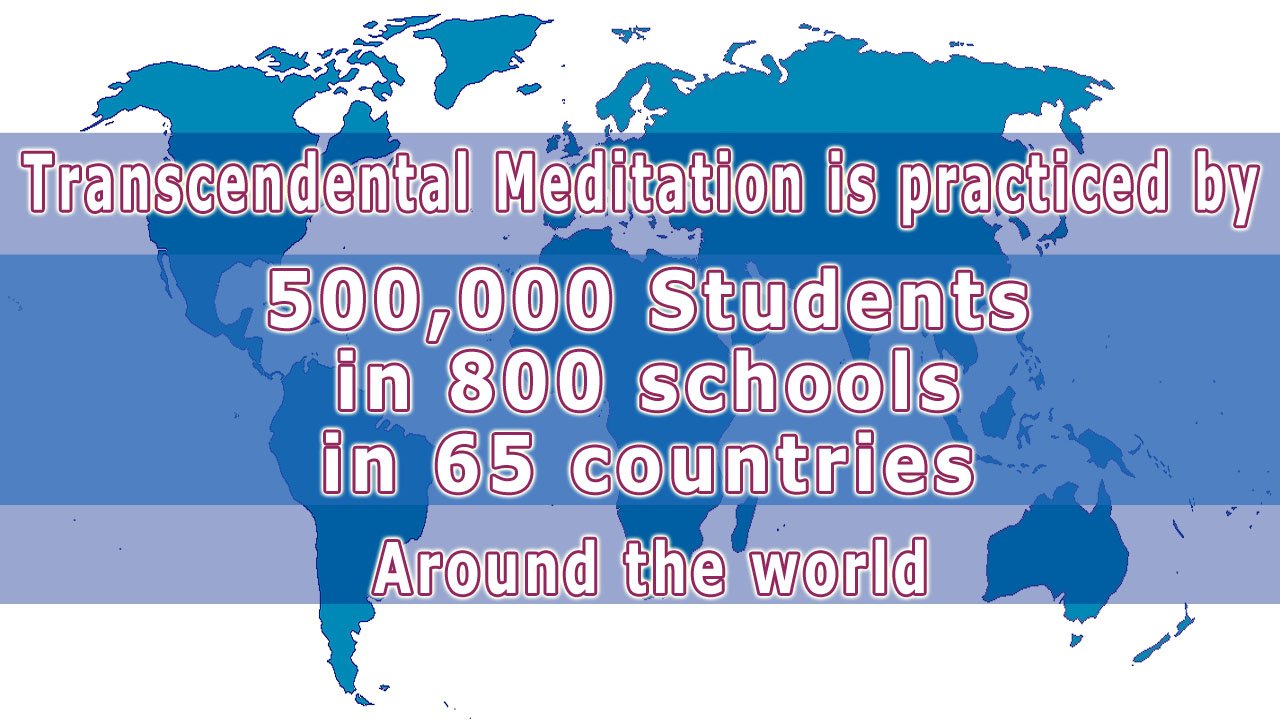 The Quiet Time/TM educational approach that we are here considering has been adopted successfully in many schools worldwide, including very difficult schools in terms of academic performance, behavioural problems, attendance and drop out levels, with excellent result attracting the interest of National and Regional Governments worldwide including  USA (District of San Francisco), Peru, Ecuador (in military school), Mexico and Brazil, with the intention to introduce quiet time in all public school.

TM in schools implemented in Europe

In Europe it has been tested through 2 EU co-funded Erasmus+ projects, the EUROPE and FRIENDS projects, in more than 50 cluster of schools and schools, in one long-sentence prison and in centers for hosting migrants in Portugal, UK, Italy, Belgium, Sweden and The Netherlands.

The EUROPE and FRIENDS projects have demonstrated that TM provides outcomes promoting emotional and psychological wellbeing for students and teachers that can be supporting to overcome this delicate global phase, in education and other sectors (including healthcare). These outcomes include:

It promotes a reduction of school failure and drop-out

and the costs associated to that!

have verified the profound impact of the technique on:

less fear and anxiety of performing in public

Transcndental Meditation foster the education of disadvantaged learners by:

providing the basis for inter-cultural understanding and dialogue, combating discrimination on all grounds

Extensive scientific research particularly relevant for the relationship between well-being and inclusion, shows Transcendental Meditation to be a useful resource to promote less hardening when dealing with others and facilitating social behaviour (for teachers), and less disruptive behaviour, decrease in children relation and behavioural control problems (for children), to engage in a more calm and relaxed position in the world, with a better emotional balance. As a simple and easy resource to improve well-being, QT/TM can contribute to a more inclusive school and society.

FRIENDS D 5.5. In an interview-based analysis, teachers refer how they feel more at ease with others (students and colleagues), more cooperative, calmer and relaxed, comprehending better their place in the world. They also attribute the improvement in student’s resources, as autonomy and focus, to the QT/TM practice

Research on schools that incorporate the QT/TM programme indicates 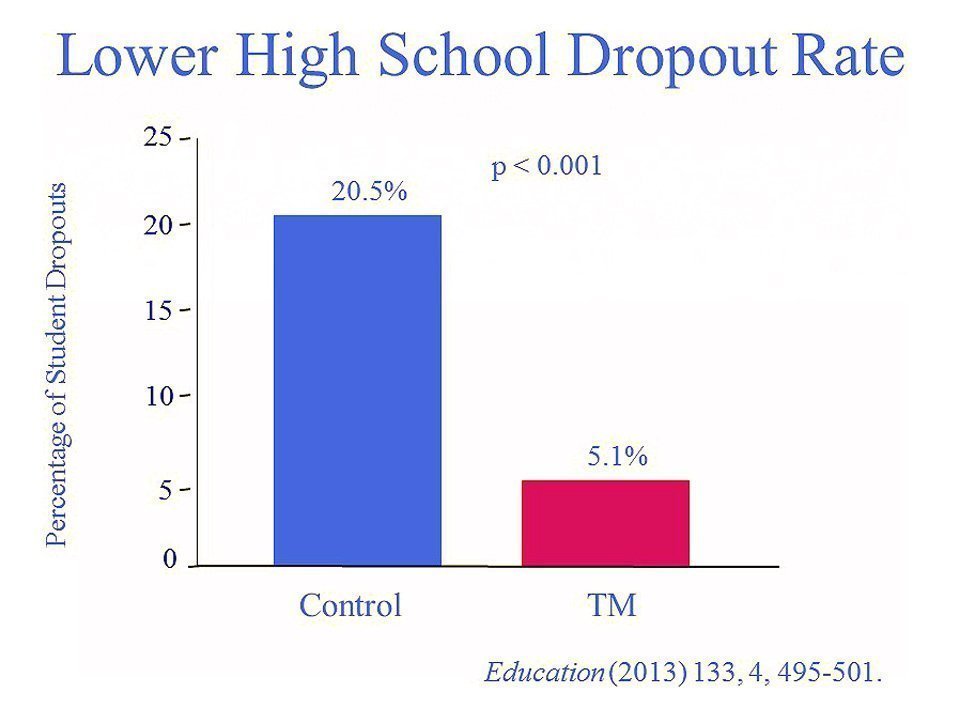 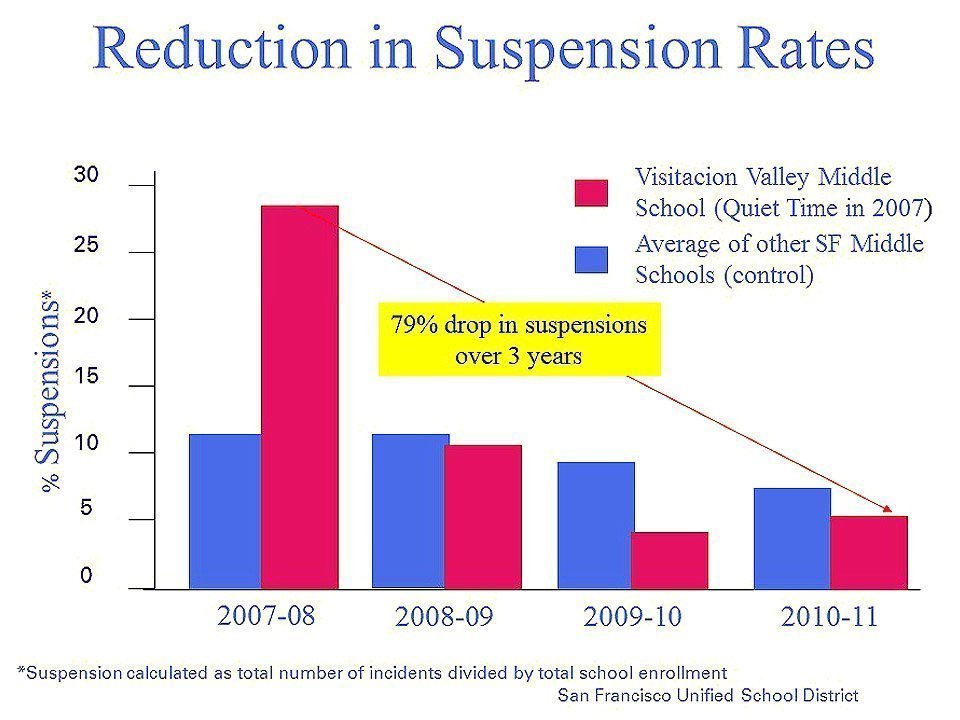 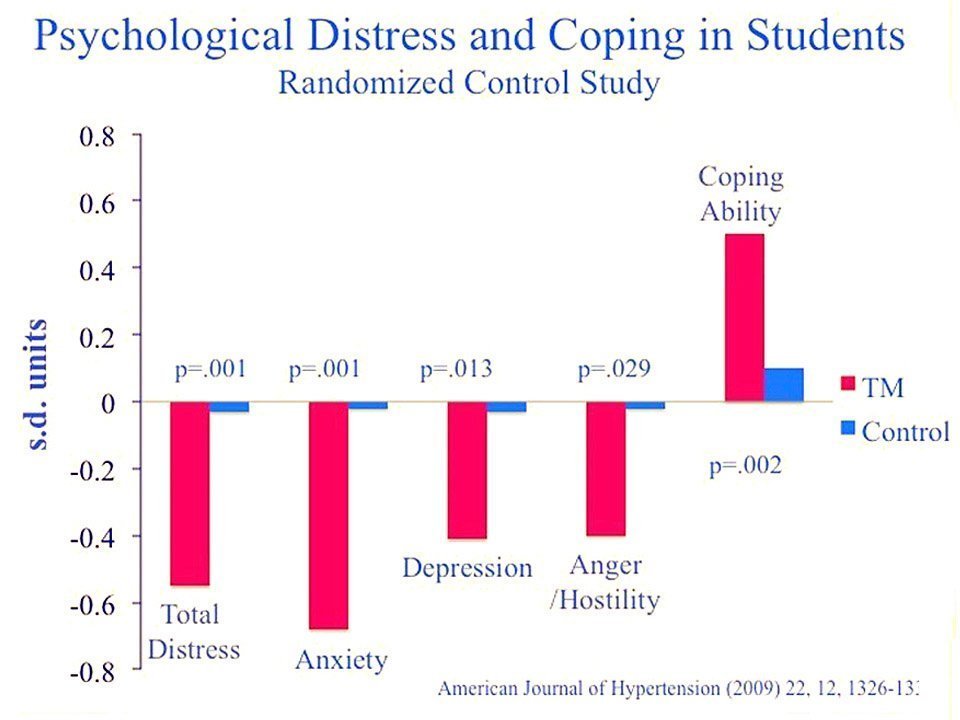 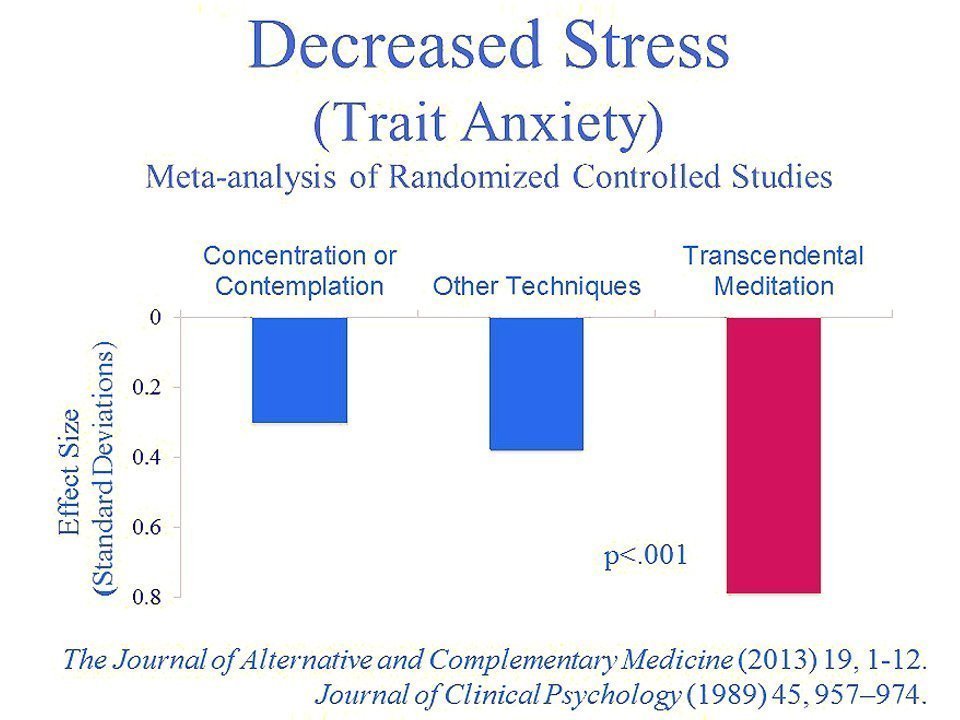 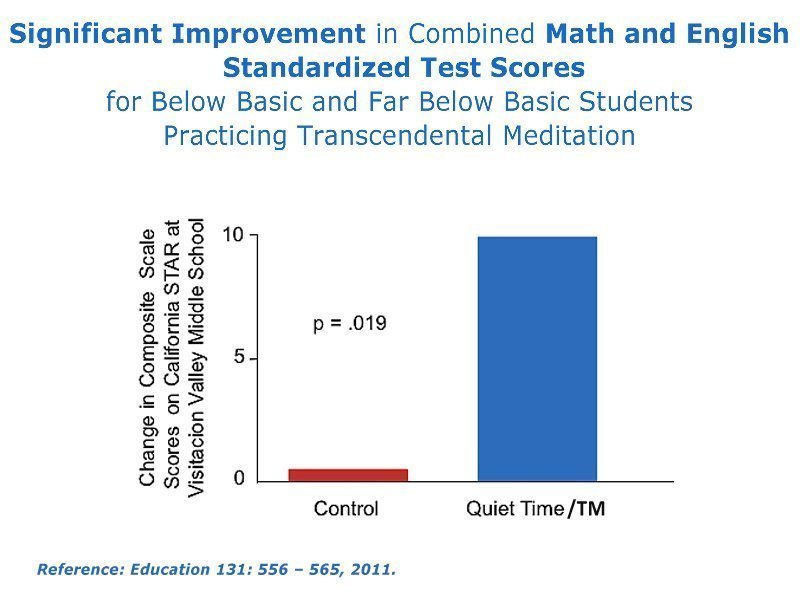 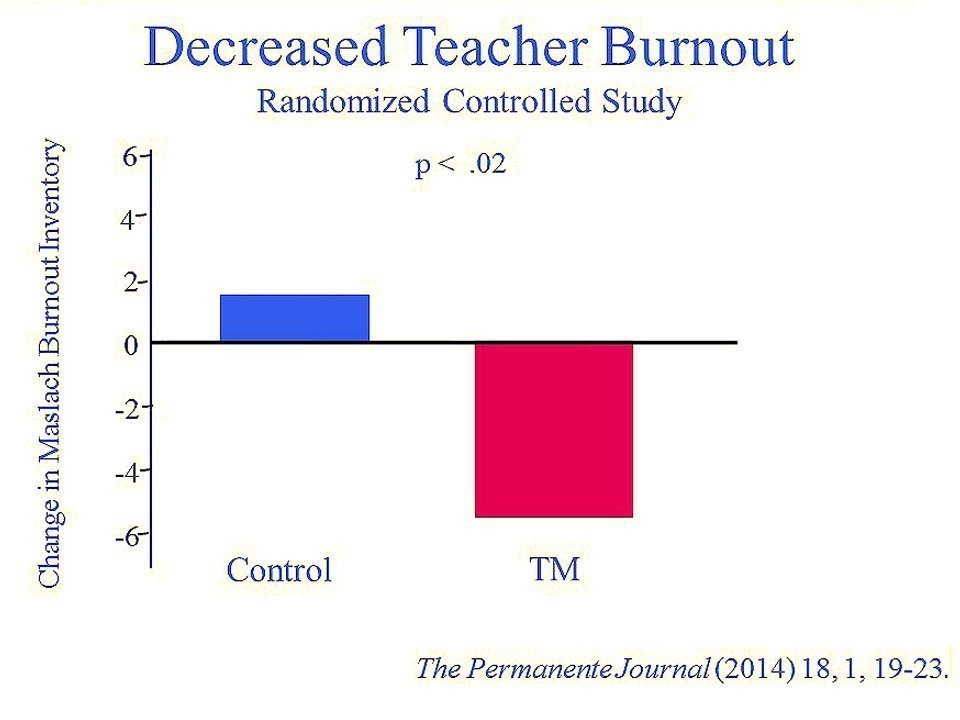 An estimate of Government savings

Through the implementation of the

With the current cost of ESL to Europe of the order of 100 billion Euros a year, a conservative estimate on the savings for the EU from wide adoption of this program would be at least 25 billion euro a year. These savings would be sufficient to finance the training and salary of a teacher of Transcendental Meditation at every school in Europe, thereby creating thousands of jobs and at the same time saving billions of dollars annually (the government of Brazil is currently training one teacher of TM in each of approximately 48,000 schools). We therefore anticipate that training teachers of TM on an on-going basis will become official government policy in many EU countries and that drop-out rates will subsequently fall below the 10% target of EU 2020. (QTIME)

Increasing health problems ― A good education also has many positive connections to a healthy life, at present and in the future (Curtis, 2011). The health returns to education may reach some percentage points of the average value of GDP per capita (Groot & Van den Brink, 2007). Taking into account the returns to health, the rate of return on investment (RoI) in education, as conventionally calculated in the economics of education, should be increased by up to 60 per cent. Specific studies on the positive outcomes of QT/TM programme – carried out in collaboration with the University of Connecticut and the University of Pennsylvania, School of Health Economy – show that the benefits to society are quite impressive: approximately $ 2.5 million for every 100 students participating in a school-wide QT/TM programme. Each additional graduating student[1] results in a net increase of about $170,000 over her/his lifetime (David Lynch Foundation). (Alberto D5.5) 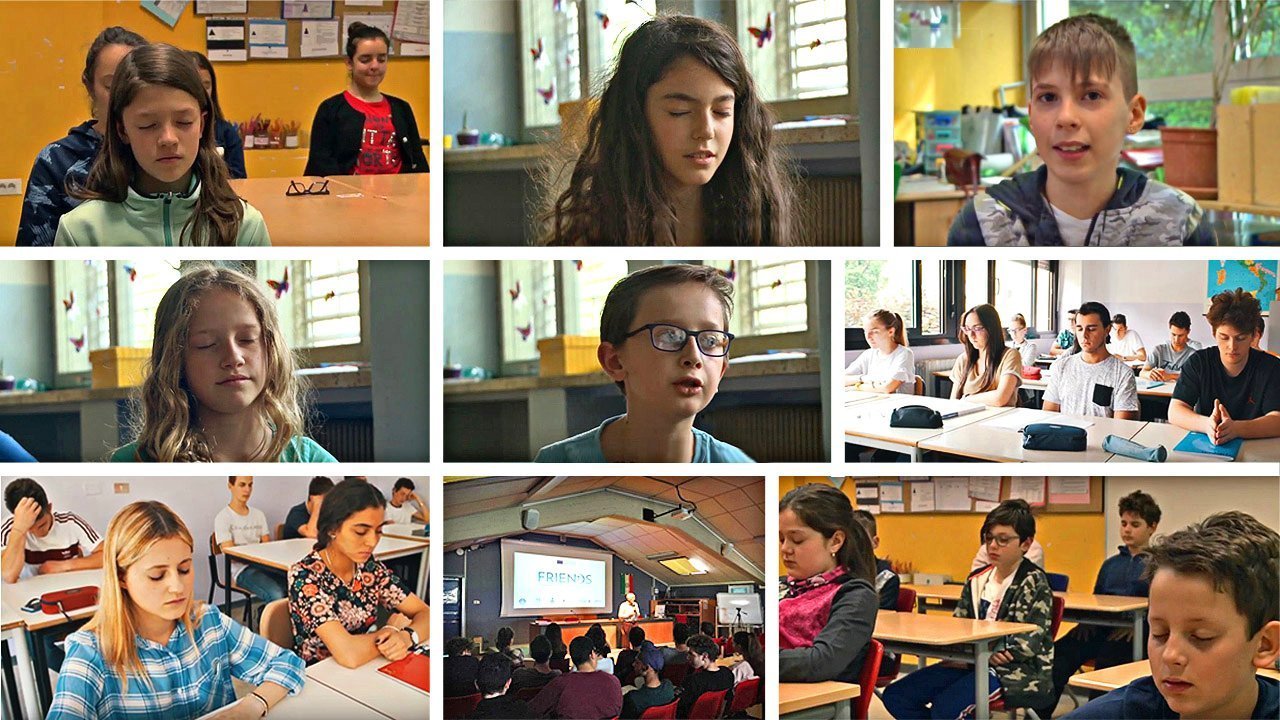 Since I started meditating, I feel much stronger in character. What I mean is that last year I was very sensitive but now I know how to react, I got stronger. I’m also more sociable with my friends; I am more self-confident’

Why does TM work?

What are the benefits of Transcendental Meditation for students and teachers that bring to a reduction of drop-out, better academic achievements & better school atmosphere?

Worth a thousand words

Researches on the benefits of

for the school sector

More than 650 scientific research studies,
conducted at over 250 universities
and research institutes in 33 countries

Center for Wellness and Achievement in Education (CWAE)