On the 4th of December 2019, the FRIENDS project Final Conference: “Promoting Inclusive Education through Wellbeing” An innovative approach to promote social inclusion, equality and non-discrimination in the learning environment - The Quiet Time with Transcendental Meditation programme in Education, took place in Brussels at the Royal Library, with the active participations of about 130 people, including, also as speakers, principals, teachers, students and parents.

One Representative from the National Ministry of Education Directorate General for Education (DGE), Monitoring Team and Curriculum Development (Portugal), participated as speaker presenting: “How to make possible innovation in a public educational system: the case of Portugal”.

Other participants were policy makers at local and National level including European Commission representative, Municipalities representatives, University professors (from Portugal, Italy, The Netherlands, Luxemburg, UK and India), Ngo, business sector, non – formal education representatives and TM providers, and all those interested in the Quiet Time with Transcendental Meditation approach and inclusive education, from more than 15 European countries including countries outside the project, such as Iceland, Denmark, Germany, France, The Netherland, India, South Africa, Luxembourg, Romania and Sweden.

The conference was followed by a networking buffet/event which was an occasion to exchange contacts and experiences between the different stakeholders and moderators of local learning communities participating. This has been the starting point for the further expansion of the project beyond the end of the project and also in new European countries.

A strategical analysis is developed in order to frame the Quiet Time with Transcendental Meditation programme for its successful implementation, reaching a better understanding of the challenges, opportunities, and its effects in promoting social inclusion in the education systems on a wider European level.

This report covers the overall conclusions of the Evaluation. It includes: · Statistical analysis and discussion of the quantitative data collected as well as the application of Categorical Content Analysis for qualitative data collected. This part covers the results and discussion of: (a) the training of administrators, teachers and staff (e.g. anxiety and job satisfaction), (b) the training of students, and (c) the different surveys. · Recommendations for policy making · Lessons learned, conclusions of the Lessons Learned Log

This report contains guidelines and recommendations for policy making, based on D5.5, as well as support to policy makers wanting to implement the Quiet Time with TM programme in the schools in their nations. They receive the tools necessary for policy reform and for further successful dissemination and exploitation.

Download
Frans Van Assche (University of Leuven, Belgium): what is the two-fold relationship between inclusive education and well-being? … This presentation explores how the Quiet Time based on Transcendental Meditation (QT/TM) addresses this question.
Alberto Bramanti (Bocconi University, Italy): a vision of the FRIENDS project as an instrument for promoting well-being, covering the need for systemic change, the costs saving and financial strategies that are strengthening well-being practices in the educational system, and policy recommendations at National and European level to foster systemic change.

In this section, you can download other project materials that are relevant for the public dissemination of projects’ objectives, results, activities, etc. 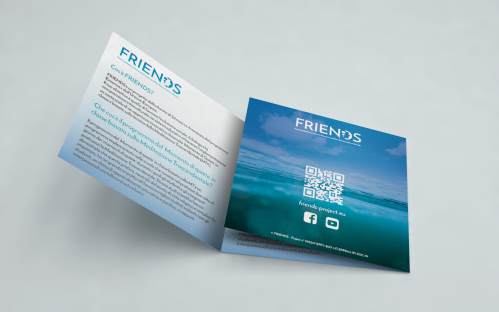 Experiences of principals and staff at 3 Alternative Provision schools in UK implementing TM.

…and reporting on the benefits for themselves and with the children of their schools, who generally have lost their place in mainstream schools because of their behavior. Teachers and principals report how the calm atmosphere created by large number of staff practicing Transcendental Meditation has already changed the school and the life of children, even before they have started to meditate.

Experiences with TM of Principal, teachers and students in a primary school in Bolzano, Italy.

Enjoy the experiences of Principal, Teachers and Students at a primary school in Bolzano, Italy, that implemented the Quiet Time with Transcendental Meditation programme in the course of the FRIENDS project.

Experience from a school implementing the Quiet Time with Transcendental Meditation programme in the context of the FRIENDS project in Brescia, Italy (March 2018).

The implementation in Italy is led by AMTM – Associazione Meditazione Trascendentale Maharishi, partner of the FRIENDS project.

The video has been realized in cooperation with Fondazione Maharishi, associated partner of the FRIENDS project.

In collaboration with the FRIENDS project, Carcere Senza Stress, a program based on Transcendental Meditation, was implemented for guards and inmates in a prison for long sentences in the North of Italy within the project “S-cateniamo la mente! ” funded by the call Libero Reload 2018 promoted by the Association A Buon Diritto Onlus.

House of Colours, in synergy with the FRIENDS project and with the support of the EU Youth in Action Program, launched “Together We Stand”, a project to create social moments for local young people and migrants, to promote their integration in Belgium. Through the FRIENDS project it will be also offered to them the opportunity to learn the Transcendental Meditation programme for schools.

This report provides an overview of the activities that took place in the FRIENDS project implemented in four European countries (Portugal, UK, Italy and Belgium) occurred from January 2018 until December 2018.
Click on the cover in order to discover more.

This report provides an overview of the activities that took place in the FRIENDS project implemented in four European countries (Portugal, UK, Italy and Belgium) occurred from January 2018 until January 2020.
Click on the cover in order to discover more.